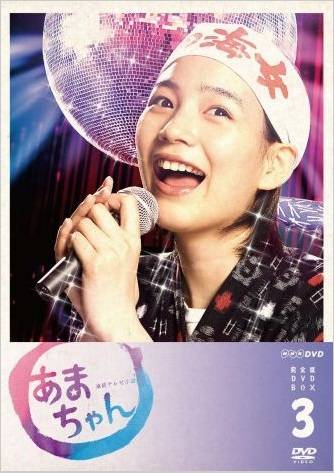 This is the first time an Asadora DVD has ever ranked in top 3 in the DVD category, breaking its own record at 6th place for the previous volume of the same drama containing episodes from weeks 9 - 16 of Amachan.

The DVD costs 19950 yen (around $190 USD) while the Blu-ray costs 22575 yen (around $215 USD). Even though both are rather expensive, both sold better than its previous volumes (DVD debut at 7370 copies, Blu-ray at 10618 copies), ending the season with record-breaking sales. Toei Video commented that the chart-topping sales were most likely a result of increased TV appearance at the end of the year as well as Kohaku.