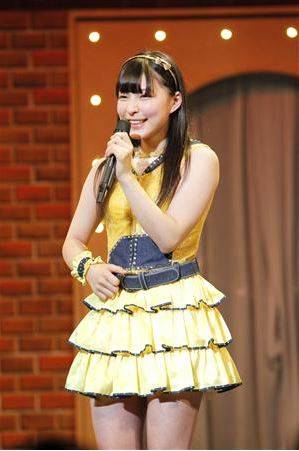 Out of the 19 members who were drafted into the AKB48 groups, Yamamoto is the first to make her debut. During the show, she claimed the center position for the stage song "Nagisa no CHERRY", a position that belonged to Maeda Atsuko (22) during her days in AKB48. "I've never been so nervous in my life," she expressed.