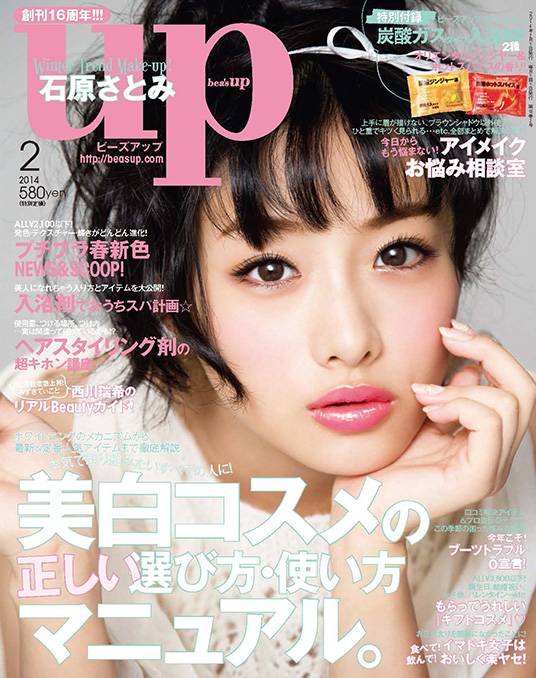 Actress Ishihara Satomi looks dreamy for the cover of the February edition of beauty magazine 'bea's up'.

Ishihara graces the cover of said magazine with cute pink make-up and a languorous expression. Within the photo spread, she can also be seen wearing an oversized knit jersey and neon-orange lipstick.

In addition to the pictures, the actress also reveals the secret to her beautiful skin. She recently had a medical examination and was told that she lacks zinc and protein. Since then she has been cooking for herself more often in order to control her nutrition and focused on brown rice to balance out her body again.

"I try to have more meals with much protein such as blueback fish and vegetables instead of red meat," she revealed.