Kyary Pamyu Pamyu to release her 8th single in Feburary 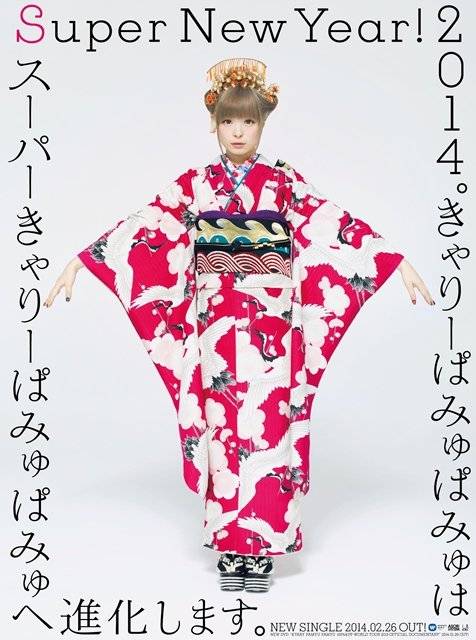 Kyary's 8th single will be released in both limited and regular editions. The limited edition will come with a DVD containing a choreography video by the Kyary dancers.

On January 31st, Kyary will hold her event 'ASOBINITE!!! KYARY PAMYU PAMYU 21st BIRTHDAY SPECIAL' at ageHa in Tokyo. The event will be held to commemorate Kyary's 21st birthday on January 29th and the release of her documentary DVD '100%KPP WORLD TOUR 2013 OFFICIAL DOCUMENTARY' on January 29th. Aside Kyary, Nakata Yasutaka (CAPSULE) will also appear at the event. Advance ticket sales will be available on ASOBISYSTEM's event portal site 'ASOBIPRESS' until January 11th. General ticket sales will start on January 18th.

Kyary's plan for 2014 is "evolution". She has announced that she will be evolving into "Super Kyary Pamyu Pamyu" for her live 'Kyary Pamyu Pamyu no Magical Wonder Castle' on January 18th and 19th.