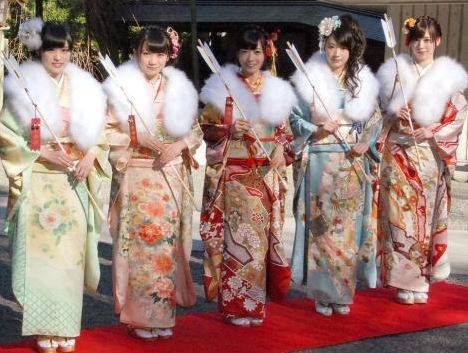 While the girls were pleased to become "adults," they said in unison, "I want to remain as a child." They revealed, "There are a lot of members who are young and in middle school, so we have to make ourselves look younger."

Akimoto stated, "20 years go by really quick. I thought Coming of Age was further away, so it came unexpectedly early." Takayama also shared, "When I entered Nogizaka, I was still in high school. I never thought that I would be an idol during the Coming of Age ceremony."

Reporters asked the girls what their resolutions are as new adults. Nishikawa replied, "Until now, I've only gone to places far away with my family, so I want to go on a trip with just my friends." Meanwhile, Saito mentioned several members' names and said, "I want to enjoy alcohol with them."