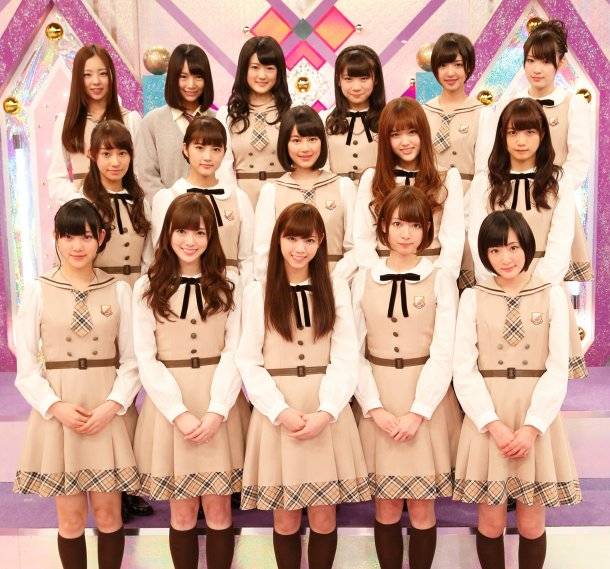 On the January 26 episode of "Nogizakatte, doko?" (TV Tokyo), the 16 senbatsu members to participate in the title track for Nogizaka46's 8th single due to be released on April 2 were announced.

Every single released by the group in 2013 featured different members as the center, which include Ikoma Rina for the 5th single "Kimi no Na ha Kibou", Shiraishi Mai for the 6th single "Girls Rule" and second generation member Hori Miona for the 7th single "Barrette".

For the first single of 2014, it was announced that Nishino Nanase will be the center for the first time. After the news was announced, Nishino commented that, "I have never been the type to be in the center. It still doesn't feel real to me, but I have heard that the center is someone who brings out the best in the people around her. I will seize this opportunity and try my best to be like that."

This time, the members will be arranged such that there are 5 members in the first row, 5 in the second and 6 at the back. Usually there are 7 or 8 members in the front row, but this time they have been reduced to only 5 members who, on top of Nishino, also include Shiraishi, Ikoma, Hori and Hashimoto Nanami.