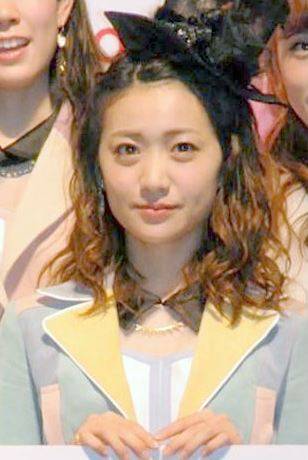 Oshima Yuko, who announced her graduation from AKB48 during the 'NHK Kohaku Uta Gassen', will be holding her graduation ceremony in March at National Olympic Stadium. This announcement was made by Oshima herself on January 27 during the encore of 'AKB48 Unit Matsuri 2014' at Tokyo Dome City Hall.

She also revealed, "However, I will still have handshake events... I've been treasuring my interactions with everyone during the handshake events. I want to share my feelings of gratitude with each and every person, so I will be holding an 'Oshima Yuko Kanshasai'."

Details on the event hasn't been revealed at this time, however, Oshima said, "I want to graduate after I properly communicate with everyone by shaking hands. Please allow me to announce it again once the date has been decided." After her announcement, the group performed their new song "Mae Shika Mukanee" (February 26th release).