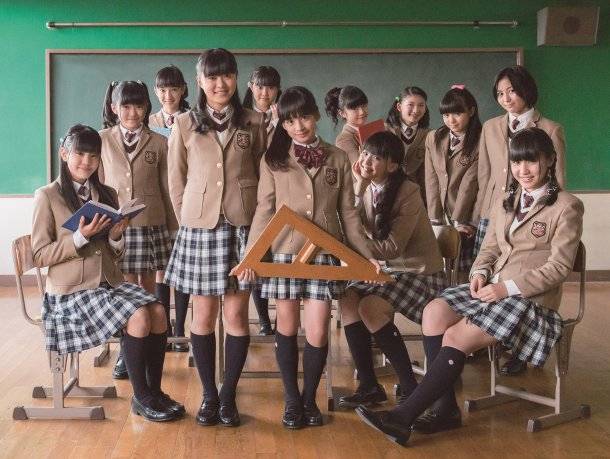 Sakura Gakuin have revealed the short PV for their new song "Jump Up ~Chiisana Yuuki~".

This will be members Horiuchi Marina, Iida Raura, Sugisaki Nene, and Sato Hinata's last single. The PV takes place at a school hallway and features the girls singing in chorus. In order to represent the four seasons, the members' uniforms change with each season throughout the song.

"Jump Up ~Chiisana Yuuki~" will be released simultaneously with their DVD "Sakura Gakuinsai?2013 -Live Edition-" on February 12. They will then release their 4th album "Sakura Gakuin 2013 Nendo ~Kizuna~" on March 12.