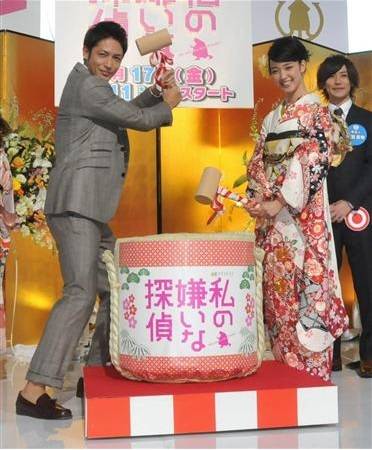 Goriki, who made an appearance in a gorgeous Kimono, takes on the role of Ninomiya Akemi, a college student and mystery lover who follows Tamaki Hiroshi's detective Ukai Morio around. Goriki commented, "Even though she is a nuisance during investigation, I want to show how lonely it gets when Akemi isn't around."

On top of that, Goriki's second single "Anata no 100 no Kirai-na Tokoro" (to be released on February 26) has been selected as the theme song for the drama. As Goriki gained much attention with the "propeller dance" for her debut song "Tomodachi Yori Taisetsu-na Hito", she said, "I will dance this time as well. I will also dance a different dance in the drama. Please look forward to it." Tamaki praised her, saying that her dancing is, "charming".

Tamaki was also surprised with a cake during the event as it was his birthday. 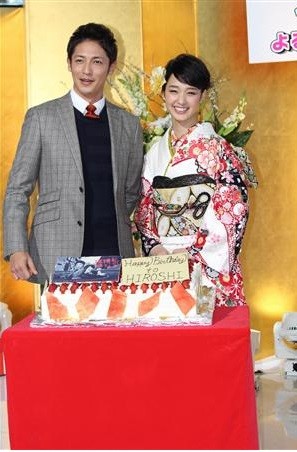 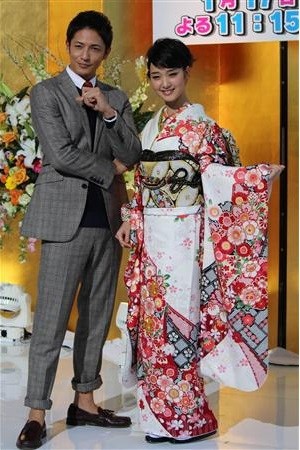 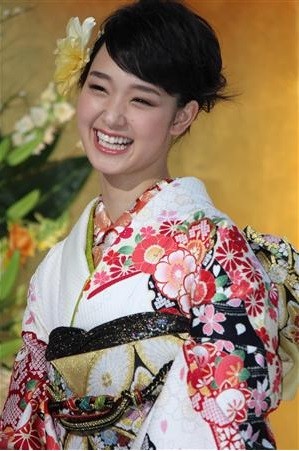