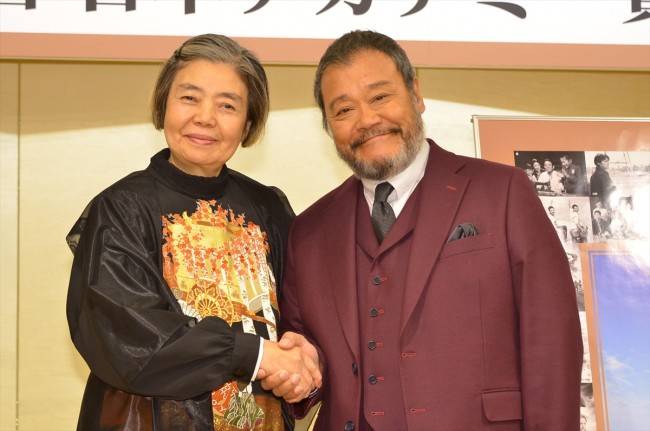 Actress Kiki Kirin and actor Nishida Toshiyuki attended the press conference for 'The 37th Japan Academy Prize' (aka Japan Academy Awards) as main MCs for the ceremony on January 16.

The movies "The Devil's Path", "A Boy Called H", "Like Father, Like Son", "Tokyo Family", "The Great Passage", and "Ask This of Rikyu" have been nominated for the Picture of the Year.

The Awards include any paid admission film over 40 minutes that has been screened in Tokyo area between December 16, 2012 and December 14, 2013. The members of the Japan Academy Prize Association vote on the award winners and the results will be announced on March 7, 2014.

Traditionally only 5 works are nominated for Picture of the Year. However, 6 have been nominated this year, as there were works scored even.

The nominees for major categories are as follows.

Picture of the Year:

Animation of the Year:

Director of the Year: