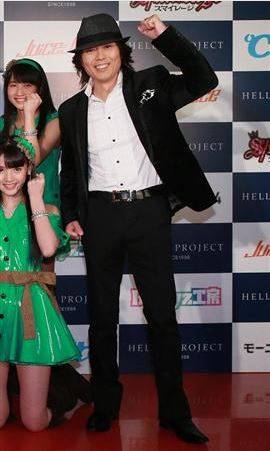 It's been reported that Sharam Q vocalist and Hello! Project producer Tsunku? (45) will be receiving throat surgery.

This was revealed by Tsunku? himself on January 2nd at a press conference before the kick off of Hello! Project's New Year tour. His vocal chords had been inflamed since late October of last year and as a result, his voice had been suffering. "There is a foreign body sensation in the throat. According to the doctor, the throat must be opened in order to examine it. I am considering surgery in February or March," he said.

The concert on this day featured 5 groups, including Morning Musume. '14 and Berryz Kobo. They performed a total of 27 songs for 1,200 people.