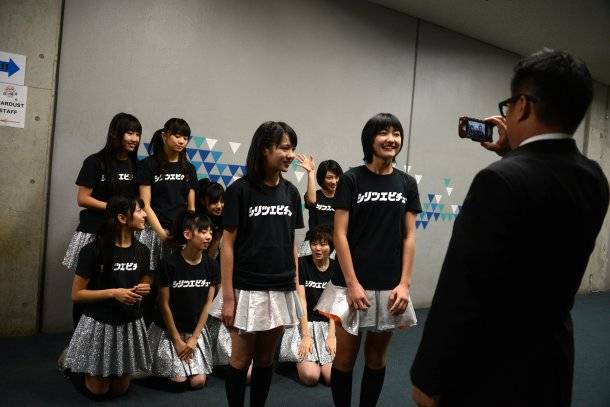 It's been revealed that Kobayashi Kaho and Nakayama Riko of Stardust Promotion's '3Bjunior' will be transferring into Shiritsu Ebisu Chuugaku as new students.

This was announced on January 4th after 3Bjunior's event "3B junior Live Final 'Ore no Fujii' 2014" at Green Dome Maebashi in Gunma. Ebichu's new students Kobayashi and Nakayama participated in this event as members of 'Team Daiou Ika'. From now on, they will be active as student number 11 (Kobayashi) and 12 (Nakayama).

As previously reported, current Ebichu members Mizuki, Ano Natsu, and Suzuki Hirono will be withdrawing from the group after their Nippon Budokan live on April 15th. Until then, the group will be active with 11 members. However, Ano will be absent from all stages until Nippon Budokan due to her study abroad.

It hasn't been announced when the two new members will begin performing with Ebichu.