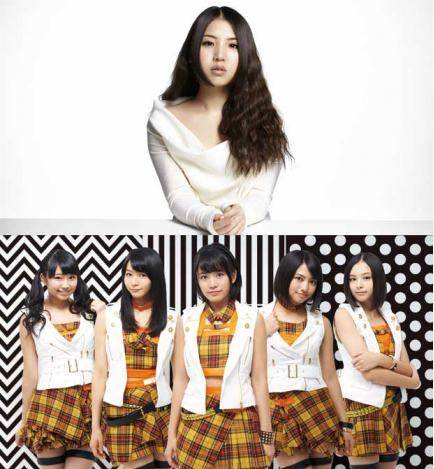 The opening and ending themes for the TV anime 'Baby Steps', which premieres on April 6th, have been decided on. The opening theme will be singer-songwriter Abe Mao's "Believe in yourself" and the ending theme will be 5-member idol group babyraids' "Baby Step". This will be the first time for both parties to be in charge of a theme song for an anime.

'Baby Steps' is an anime adaptation of Katsuki Hikaru's manga of the same title that's currently being serialized in 'Weekly Shounen Magazine'. It tells a story of the protagonist 'Maruo Eiichiro' who was only interested in his studies, but one day decides that he is lacking exercise. He then joins the tennis club where he is awakened to the profoundness of the sport.

The opening theme by Abe is a type of song that pushes those who work hard. babyraids' member Oya Rikako commented on their new song saying, "Since before, we had an affection towards 'Baby Steps' because we were connected by the word 'baby'. So we are very happy that we will be singing the ending theme."

The anime's cast consists of Murata Taishi, Kotobuki Minako, Namikawa Daisuke, and Terashima Takuma. It will be directed by Murata Masahiko, organized by Chiba Katsuhiko, designed (characters) by Koda Masayuki, and animated by Pierrot.