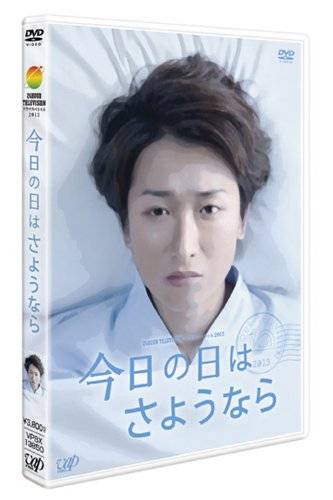 Arashi has topped Oricon's music DVD sales ranking for three years in a row. This is the first time any artist has ever done so. On top of invincible sales in music, Arashi is also doing well in drama rankings.

On August 23, Arashi, who were the main personality for NTV's 24-Hour TV, participated in various projects. Among them was member Ohno Satoshi's special drama "Kyou no Hi wa Sayonara". The drama tells the story of the protagonist who is diagnosed with a type of blood cancer called malignant lymphoma, and who, after meeting different people in the hospital, makes up his mind to "face a proper death". Ohno's junior Yamada Ryosuke from Hey!Say!JUMP also appeared in the drama as a youth with an artificial limb.

The Blu-ray for "Kyou no Hi wa Sayonara" was released on January 22 and sold over 15000 copies in its first week, topping Oricon's Weekly Drama Blu-ray rankings while coming in at second place in the overall Blu-ray rankings. This is also the highest number of Blu-ray volumes ever sold for any drama on the chart.

A reporter specializing in Johnny's commented, "Arashi's drama and magazines all sell really well, but when it comes to personal achievements, Ohno Satoshi is still the strongest. 'Kyou no Hi wa Sayonara' broke the record for the highest number of drama Blu-ray sold. The previous record was actually Ohno's drama 'Kagi no Kakatta Heya Blu-ray Box' (released in October 2012). He is basically refreshing the records by himself in this chart. (laughs)."

"Kyou no Hi wa Sayonara" DVD sold over 13000 copies in its first week and topped the weekly DVD ranking for the drama charts as well.

As Arashi's new single "Bittersweet", set to release on February 12, is most likely to land within Top 10 in the Oricon Yearly Charts, Arashi is indeed unstoppable in 2014 as well.