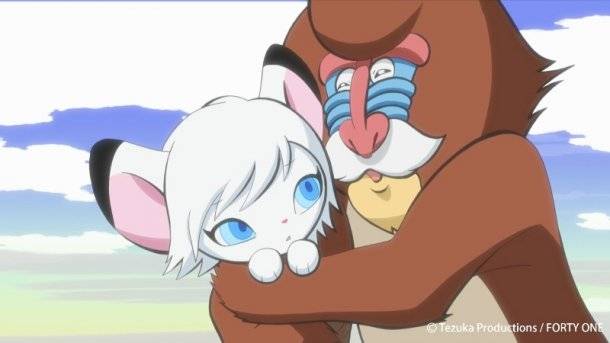 It's been revealed that Ieiri Leo has collaborated with the protagonist "Leo" from 'Jungle Emperor' ('Kimba the White Lion') for the PV for her new song "a boy".

The anime in the PV was done by Tezuka Production's anime director Nishida Masayoshi. The one in charge of fusing the anime with the real video image was Ito Gabin.

This collaboration took place because Tezuka Production heard that Ieiri's stage name "Leo" came from Leo of 'Kimba the White Lion'. The full version will be included in the limited edition of her album "a boy" that's scheduled to be released on February 19.