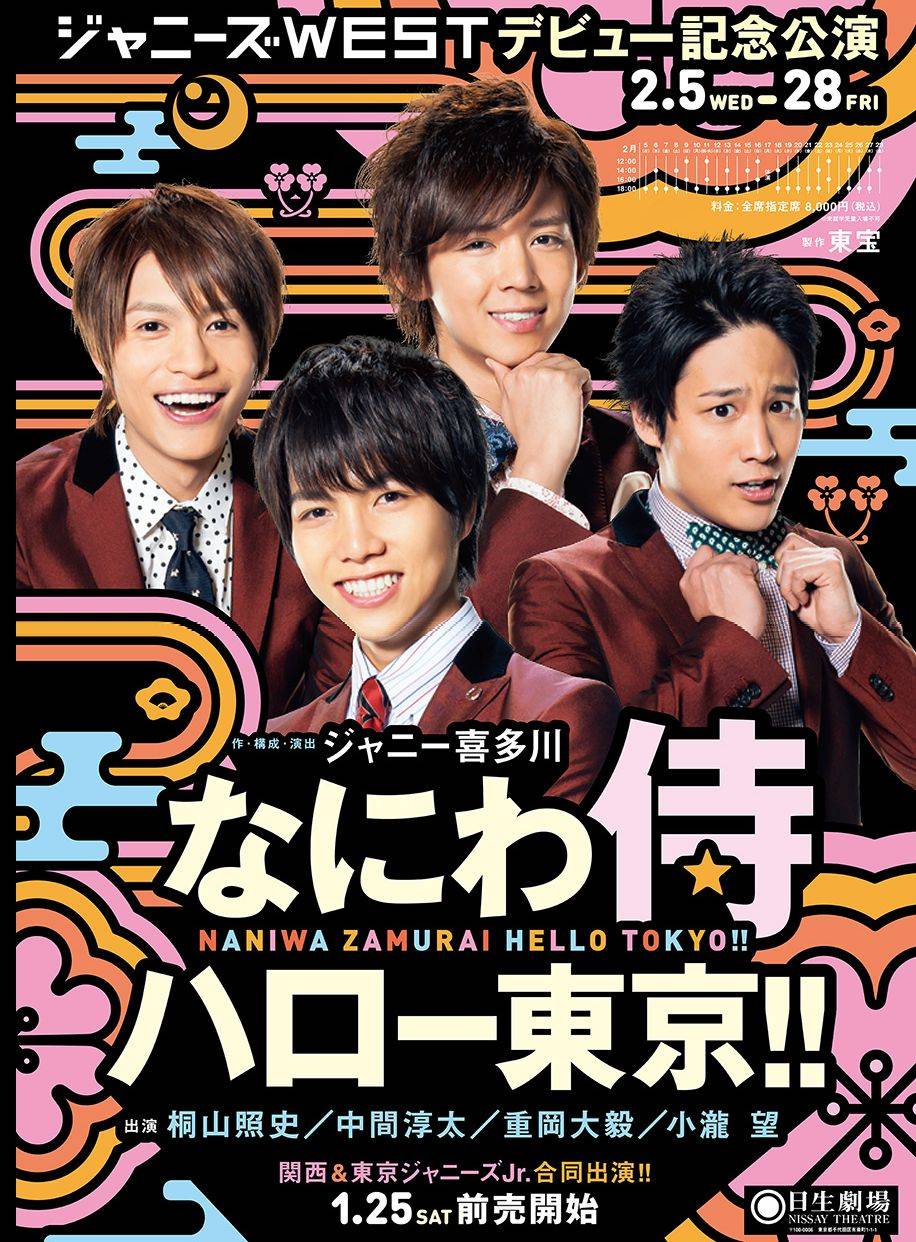 A new group from Johnny & Associates, Inc., "Johnny's WEST" announced that 3 more members have joined the group, and thus they are now a group of 7 members.
The additional 3 members are Hamada Takahiro (25), Kamiyama Tomohiro (20), and Fujii Ryusei (20).
They were introduced to the media during the press conference for the group's commemorative stage "Naniwazamurai Hello TOKYO!!" held at Nissay Theatre in Tokyo on February 5.

Originally, the group was named "Johnny's WEST4", but it has been changed to "Johnny's WEST" as the previous name sounded "unpleasant".

Apparently, these 7 guys have been spending a lot of time together since their Jr. days, and according to Nakama, when they performed together with the new 3 at Kansai Johnny's Jr.' concert, the original 4 members thought that "It should be these 7 that can shine with each other." Therefore, they spoke directly to president Johnny Kitagawa asking for the joining of the said members, and got an approval with the response, "If you are doing this knowing it is the right thing to do, then it should not be wrong, but you guys will need to take responsibility for what you said."

At the press conference, Kiriyama talked about their future goal, "Dome! I hope we would be able to hold a live at the Dome! Within the year of 2014", and Shigeoka also enthusiastically commented, "We will aim for the top uniting 7 of our powers together!"

Johnny's WEST is set to make their CD debut in April.