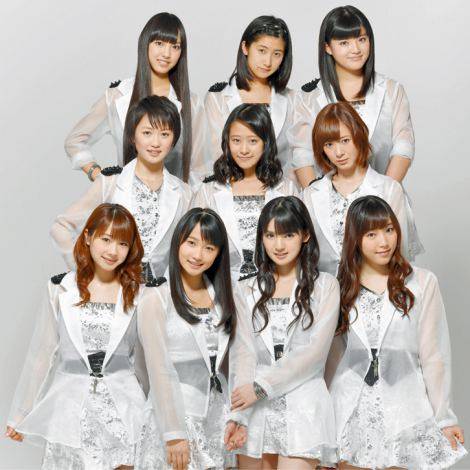 This marked their 4th consecutive (15th in total) chart-topping single, and it is the very first time for the group to achieve it since they made their major debut back in January of 1998.

This also marked their 55th single overall to be ranked in the top 10 of the chart, and it allowed the group to increase their own record for "the total number of singles ranked in TOP10" which is the best record for both male/female group/solo artists.

"Egao no Kimi wa Taiyou sa / Kimi no Kawari wa Iyashinai / What is LOVE?" is the group's first release since they changed their name to Morning Musume '14, and is their first-ever triple A-side single. One of the title tracks "Kimi no Kawari wa Iyashinai" is the official support song for the Japan's national team for Sochi Olympics, while "What is LOVE?" was used as the ending theme song for NHK World TV and TV Japan's "J-MELO" during October ~ December 2013.

The leader of the group, Michishige Sayumi made a comment, "This is the first time for us to top the chart for 4 consecutive times in our history! I'm full of indescribable joy, and gratitude. This is the year for Morning Musume '14 to make things happen! I think that all we should do is to believe in what we have done until now, and to run at full speed while looking only forward. That's all we are doing this year!!"