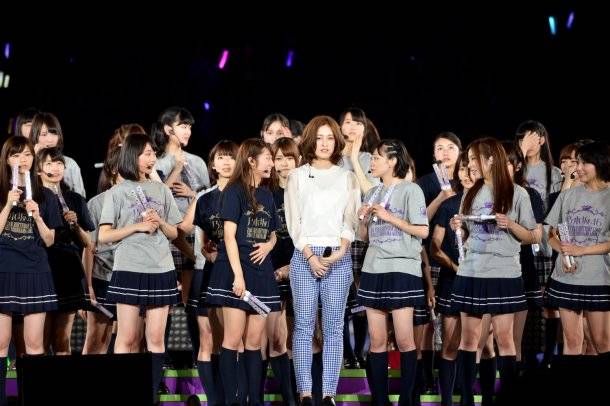 Nogizaka46 will hold their 3rd stage, '16nin no Principal trois', from May 30th to June 15th at Akasaka ACT Theater.

This was a surprise announcement made during the encore of Nogizaka46's 2nd anniversary live 'Nogizaka46 2ND YEAR BIRTHDAY LIVE' on February 22nd at Yokohama Arena. After performing their first encore song "Ningen to Iu Gakki", the screen displayed the announcement to the fans.

Captain Sakurai Reika commented, "There are a lot of difficulties with the Principal stage, but every time, there is so much to gain." Ikuta Erika added, "We don't know the theme yet, but I am already excited about it." The group will announce more details on the stage performance later.

Additionally, Nogizaka46 revealed that the title of their 8th single, scheduled to be released on April 2nd, will be "Kizuitara Kataomoi". Nishino Nanase, who will claim the center position for the very first time with this single, expressed, "I will do my best to show 100% of what I've experienced until now."

Finally, the group was joined by former members Iwase Yumiko and Miyazawa Seira during the encore and sang two songs.