Ohno Satoshi to star in a drama adaptation of 'Shinigami-kun' 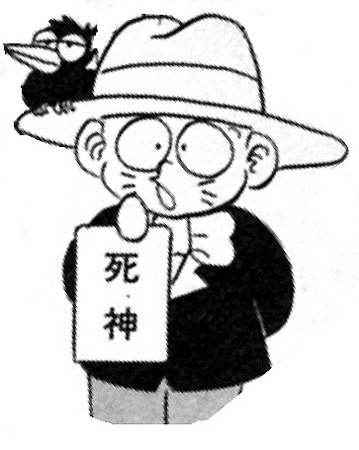 On February 15, it was announced that Arashi's Ohno Satoshi would star as a rookie reaper in TV Asahi's new drama "Shinigami-kun."

"Shinigami-kun" is a live-action drama adaptation of Endo Koichi's (best known as the author of "Tsuide ni Tonchinkan") manga which began its serialization in 1983 on Fresh Jump.

Though the protagonist is a reaper whose role is to send the dead soul to the spiritual world, it is a heartwarming fantasy that refers to parental love, friendship and even delves into social problems like bullying, therefore, the manga is known as Endo's "visionary masterpiece" among his fans.

Ohno's role is "Shinigami-kun" (aka "Reaper No.413") whose job is to pronounce death to expected people, and to take their souls to the spiritual world. His real name or other detailed profiles are not revealed. Dressed in a back suit with a bow tie,he appears in front of the expected person with his signature phrase "Congratulations! I'm here to call on you." As he is a rookie reaper, he tends to make a biased decision toward the human side, and break the rule of his world which always causes him to get reprehended by his boss called "Chief."

For the drama, filmmaker Nakata Hideo ("Ring", "Kuroyuri Danchi") is in charge of its direction while Hashimoto Hiroshi ("Jukunen Rikon", "Unmei no Hito") writes the script.