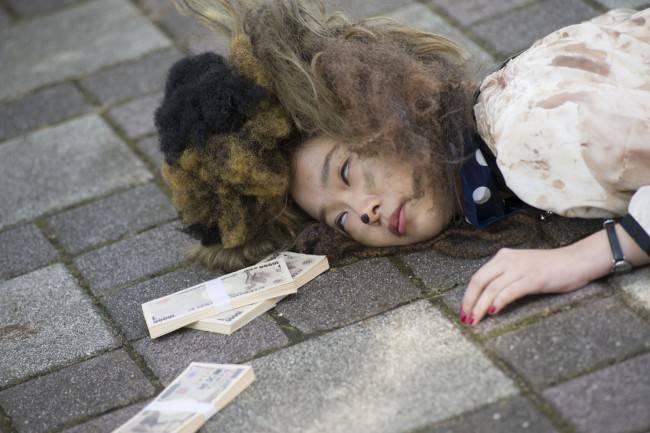 It has been revealed that HKT48's Sashihara Rino will star in a new film "Barairo no Booko".
The movie is written and directed by Fukuda Yuichi ("HK/Hentai Kamen", "Yuusha Yoshihiko to Maou no Shiro"), and this marks the 2nd time for the two to team up as they have previously worked together for movie "Muse no Kagami My Pretty Doll".

This is planned as a celebration for Sashihara winning first place on "the 5th AKB48 Senbatsu General Election" held last year.

"Barairo no Booko" is a comedy film which revolves around a college student "Sachiko" (Sashihara) who dreams of a Shoujo manga-like encounter. Sachiko is nicknamed "Booko" as she is always complaining about something. One day, Booko encounters "Sparrow-san" via Twitter who has similar taste in manga as her, and who apparently looks like Johnny Depp. Booko decides, "I will meet this person and change myself!", however, Booko starts to suffer misfortune everywhere she goes, such as falling into a pit, being hit by a car, or falling into a pond.

Regarding the new gig, Sashihara commented, "I was excited the whole time during the filming, because I was surrounded by many wonderful actors and actresses. Although I'm not good at acting, I tried my hardest!" About the movie, she said, "(The girl she plays) sure is the heroine of a tragedy. Please enjoy laughing at poor me!"

Yusuke Santamaria, Muro Tsuyoshi, and Suzuki Fuku are Sashihara's co-stars, and the movie will open in theaters starting on May 30.