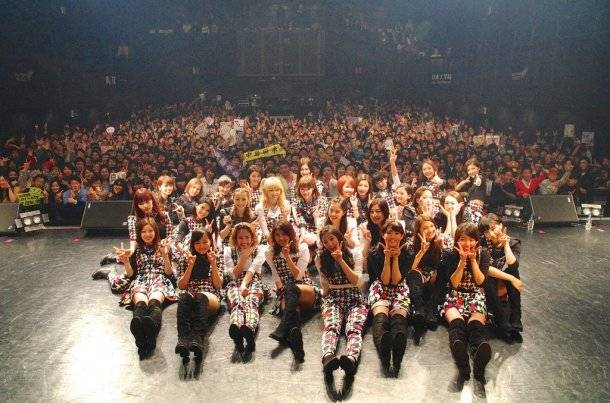 'COLORFUL POP PARTY' was a release event for E-girls' latest album "COLORFUL POP". Fans who purchased the album were chosen out of lottery to participate in this event. The venue lobby displayed things that reflected the girls' past, such as costumes they've worn in past PVs, as well as the one they wore during their appearance in the '64th NHK Kohaku Uta Gassen'.

To kick off the live, member Erie appeared as a DJ and spun E-girls' popular songs. Then, the girls performed "Follow Me -COLORFUL ROCK-" and "Gomennasai no KISSING YOU", followed by their new songs "RYDEEN ~Dance All Night~" and "Yakusoku no Basho".