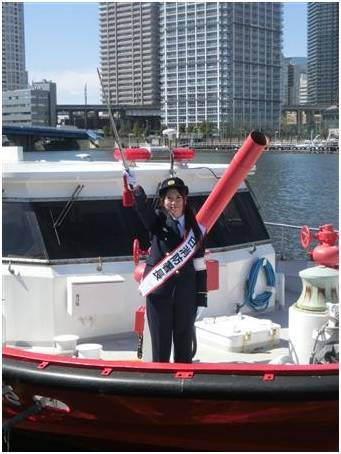 On March 10, former AKB48 and SDN48 member Tojima Hana (25) participated in a fire department exercise in Tokyo as the Takanawa Fire Station chief for the day.

Aboard the fireboat "Kachidoki," she directed the simultaneous hosing practice near the Rainbow Bridge in the Tokyo Bay.  As she was sprayed by ocean water due to the wind, she was shy as she said, "It was salty," and smiled as she said, "I am happy that I was able to come aboard.  Knowing that 'Kachidoki' is to save many people makes it extra cool." 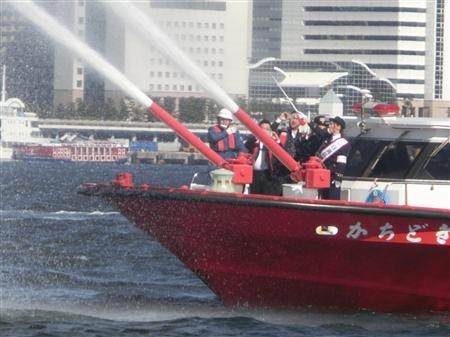 Lastly, when asked about her AKB junior Oshima Yuko's (25) graduation ceremony performance at the National Olympic Stadium March 29 and 30, she revealed that she would go to the venue on the day, and said, "If it is Yuko, she will put on a huge performance, as she could make the Olympic Stadium as if it's a small venue."

Sword Art Online wraps up the epic Alicization arc in the season finale to air this Saturday
14 days ago   6   2,081