Karina responds to reports on her relationship with a Taiwanese man 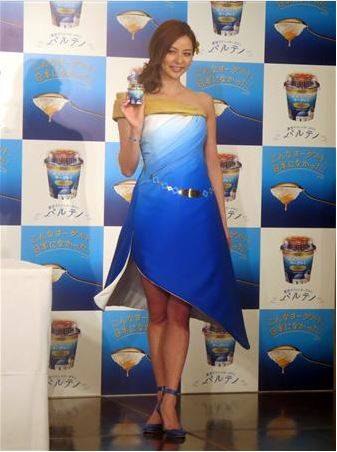 Previously, Karina was reported to be dating a Taiwanese man from Hawaii. When reporters asked if their relationship is 'noumitsu' (thick, rich in flavor or content), she responded, "Noumitsu? Yes, it is."

According to sources, Karina met the Taiwanese man while attending a language school on the island of Oahu in Hawaii. Regarding marriage, she commented, "I have no idea."