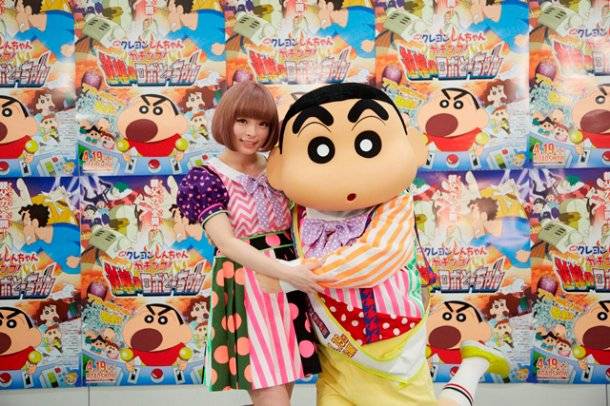 "Family Party" will be used as the theme song for the new 'Crayon Shin-chan' movie called 'Eiga Crayon Shin-chan: Gachinko! Gyakushuu no Robo Tou-chan', which will open in theaters on April 19. Nakata Yasutaka (CAPSULE) wrote the song to match the movie's worldview and theme "family bond". It's described as a pop song that is warm and sentimental.

Since 2010, Kyary has provided her song "Kimi ni 100 Percent" as the opening theme for the 'Crayon Shin-chan' TV anime series. However, this will the first time in her career to sing a theme song for a movie.

Kyary, who claims to own all volumes of the comic, commented, "I am very happy that I will be in charge of the theme song for my favorite 'Crayon Shin-chan' once again! This time, it's a song with a family theme, so it's a song that the entire family can enjoy together."