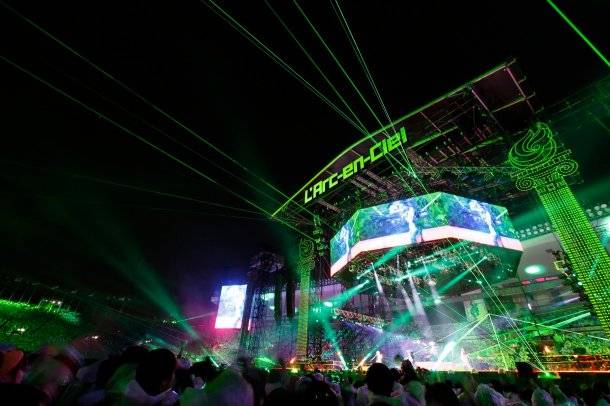 L'Arc-en-Ciel has announced the release of a new song, as well as the release of a live DVD/Blu-ray this fall. In addition, their documentary film 'DOCUMENTARY FILMS ~WORLD TOUR 2012~' will open in theaters in December.

Secondly, their upcoming live DVD and Blu-ray will feature this day's 'L'Arc-en-Ciel LIVE 2014 at National Olympic Stadium'. More details on this will be announced at a later date.

Finally, the documentary film will include L'Arc-en-Ciel's world tour held back in 2012. Fans can expect to see the band's journey across 10 countries, as well as behind-the-scene clips.