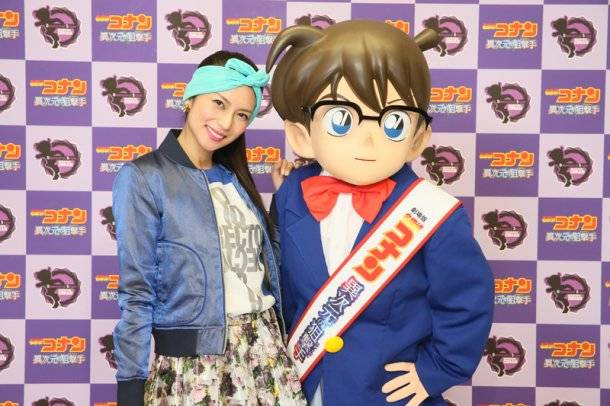 "Love Search Light" is a rock tune written by Shibasaki, and composed and produced by Uchisawa Takahito (androp). It will be used as the theme song for the upcoming anime movie 'Meitantei Conan Ijigen no Sogekisha' which will open in theaters nationwide on April 19th. Shibasaki has previously teamed up with Uchisawa for her singles "EUPHORIA" (2010) and "My Perfect Blue" (2012), making this their 3rd collaboration.

Regarding the motif of the song, Shibasaki commented, "After reading the plot, I wrote 'Love Search Light' by choosing words that would easily cause one to imagine 'sniper' or 'detective'. As for 'Search Light', it has the image of chasing down a criminal, but it could be replaced with wanting to shine a light on a person dear to you, so I chose it as a keyword."

The single will be released in both limited and regular editions.