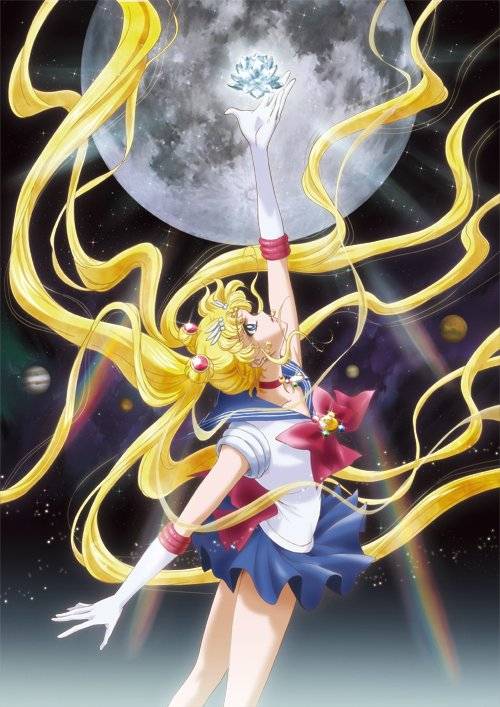 It's been revealed that the title for the new 'Sailor Moon' anime will be 'Bishoujo Senshi Sailor Moon Crystal'. Along with the title, the key visual for the anime has also been revealed.

The anime was named 'Bishoujo Senshi Sailor Moon Crystal' to reflect the Sailor Scout's story on a crystal that will not lose its transparency. In the key visual, Sailor Moon is seen holding up a silver crystal that possesses the power to purify the world while being watched over by the moon, Mercury, Mars, Jupiter, and Venus. This visual will be displayed at the Toei Animation booth at 'Anime Japan 2014' which will be held at Tokyo Big Sight on March 22nd and 23rd.

'Bishoujo Senshi Sailor Moon Crystal' is set for a world release via Nico Nico Douga in July. The complete version of the original manga is in the course of publication. Up to volume 8 has been published so far.