37-year-old housewife is the winner of 'Otona AKB48 Audition' 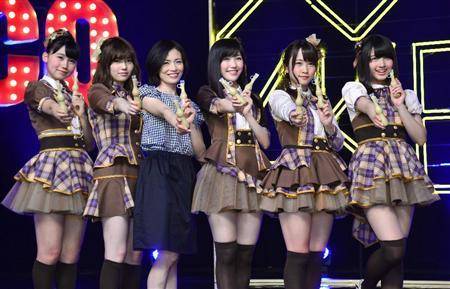 On April 17, the announcement for the results of the "Otona AKB48 Audition" was made, and it was revealed that 37-year-old Tsukamoto Mariko had been chosen as the Otona AKB48 member.

"Otona AKB48 Audition" was a part of Ezaki Glico's "Papico 2014 Spring Campaign", and the audition was held to find a limited-time member who was over 30 years old.

Reportedly, a total of 5,066 people applied for the audition which included former Morning Musume member Ichii Sayaka, a comedian Kintaro, and so on. It was also revealed the oldest applicant was an 82-year-old woman.

The winner Tsukamoto is a housewife and a mother of 2 children who is a resident in a metropolitan area, but originally from Nara prefecture. She applied for the audition through the recommendation of her friend.

Tsukamoto attended the press conference along with 5 AKB48 members including Watanaba Mayu and Shimazaki Haruka, and there, Shimazaki suggested a nickname of "Mariri" for the new member. Watanabe also promised her that she would support her.

She will make her debut as the center member in new "Papico" CM (to begin airing on May 14), and will participate in handshake events, theater performances, and live concerts as well. She, then will "graduate" from the group on August 31 when the campaign ends. 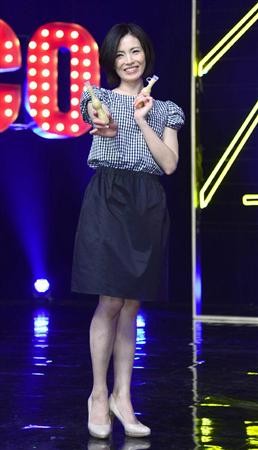 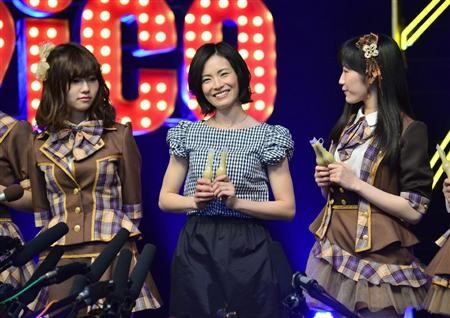 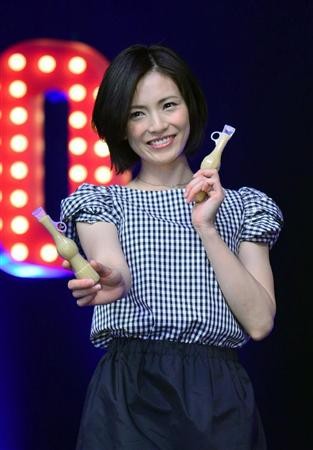 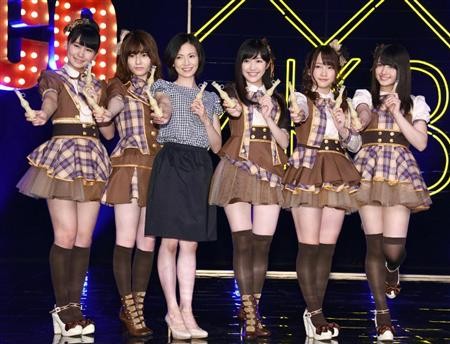