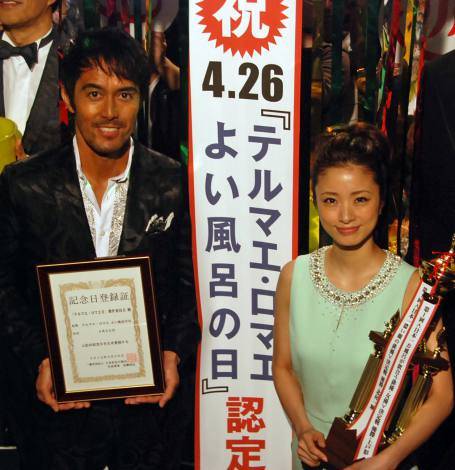 On his bath scene with actress Ueto Aya, he blushed and repented, "It felt a little naughty...I'm sorry..." In response to this confession, co-star Ueto laughed, "He became a new character!"

Co-star Kitamura Kazuki, watching Ueto's bath scene on the screen, grinned and commented, "I was surprised. To see her do something like that..." As Ueto and Kitamura previously acted as father and daughter. She said shyly, "Because he knows my mischievous side, it was embarrassing to be seen by him".

On the day, Ueto also received the trophy for being the "Actor/Actress Most Suited for Baths in Japan" from Abe, Kitamura, Shishido Kai, director Takeuchi Hideki, Thermae Romae's manga artist Yamazaki Mari and more. On receiving the trophy from "Japan's Actor with the Strongest Features", Kitamura, she said, "I am really happy. I don't really work out so my back is not a sight to be seen... I will treasure (the trophy)!"

Thermae Romae II is the sequel to the 2012 hit movie "Thermae Romae". It tells the story of Roman architect Lucius who is commissioned to build a new bath, and slips through time between Ancient Rome and modern Japan once again. 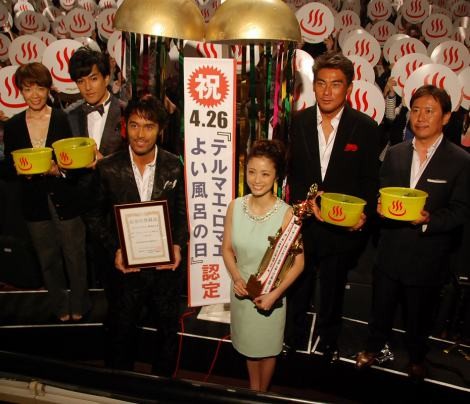