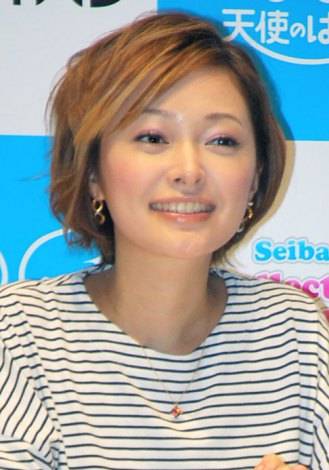 Former Morning Musume member Ichii Sayaka (30) revealed on her official blog that she has applied for "Otona AKB48 Audition".

"Otona AKB48 Audition" is a part of Ezaki Glico's "Papico 2014 Spring Campaign" which AKB48 has been the image character for, and they are recruiting one limited-time member (during April 12 ~ August 31) who is over 30 years old.

The qualification needed was that one had to be a woman over 30-years-old as of April 12 without distinction of professional/amateur or single/married.

The winner will be able to appear in a CM and window advertisement for Papico as the center member, and she will also participate in handshake events, theater performances, and live concerts as well.

Ichii wrote on her blog, "I have applied for 'Otona AKB48 Audition.' I will do my best! But, I haven't received the result for the paper screening yet...I am worried...I wonder who else applied for it other than Kintaro-san..."

Comedians Kintaro and Yahata Kaoru previously revealed that they also applied for the audition.

The application period is already over, and according to the campaign's official site, only those who pass the paper screening will be notified via email or phone call by April 4.