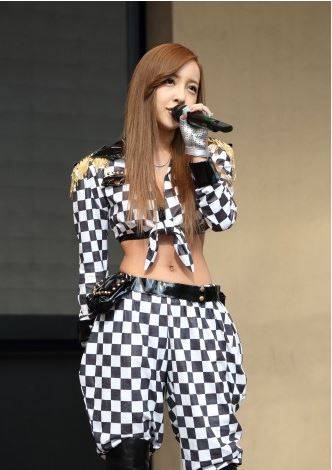 The event was originally scheduled to be held on February 8th, which was postponed to February 15th, then postponed again due to heavy snow. After finally being able to hold the event, Itano announced to the crowd of 2,000 people that she will be releasing her first album (currently untitled) on July 2nd and will be holding her first nationwide tour.

Itano showed a feeling of relief as she said, "It's finally sunny today." She continued, "Postponed twice because of the snow. On top of that, I opened a shop in Omotesando on February 4th, and it even snowed on the opening day... Because it snowed 3 times in a row, the staff around me have started to call me 'yuki onna' (a woman whose presence brings snow)."

On this day, Itano performed her new songs "little" and "Girls Do". Regarding "little", she explained, "Since it's my first single after graduating from AKB48, I wrote it as a support song to myself, as well as to those who listen to it." She then gave its appeal saying, "The lyrics show two sides of me; the side that I always show everyone and the small side that is within me, the side that I don't want to show anyone."

Itano is currently working on her first album which is said to contain 15 songs. "I'm trying out various things, so everyone, please look forward to it," she said.