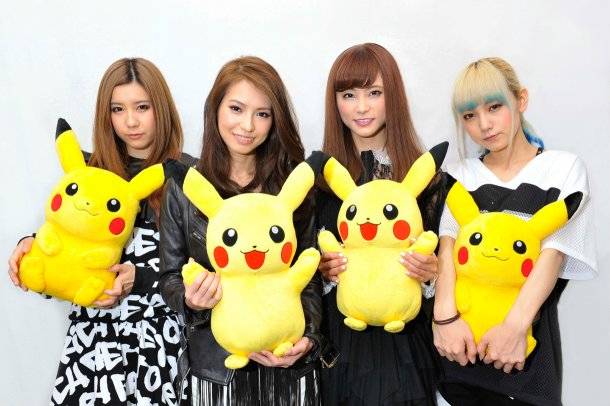 SCANDAL's new song "Yoake no Ryuuseigun" has been chosen as the theme song for the new Pokemon movie 'Pokemon The Movie XY: Hakai no Mayu to Diansie' that's scheduled to open in theaters on July 19th.

"Yoake no Ryuuseigun" is composed by Tanaka Hidenori and produced by Kameda Seiji. TOMOMI (B, Vo), who wrote the lyrics together with Tanaka, commented, "I wrote this song with all my heart, hoping that people will take away with them the same, or even more of the excitement and impression than we had during those times [in elementary school when there was a Pokemon boom]." Meanwhile, HARUNA (Vo, G) expressed, "When I heard that we would be in charge of the theme song, I was so happy that I jumped up and down."

SCANDAL will release "Yoake no Ryuuseigun" as their new single on July 16th.