Yamada Ryosuke's 'Kindaichi Shonen no Jikenbo' to get a serial drama 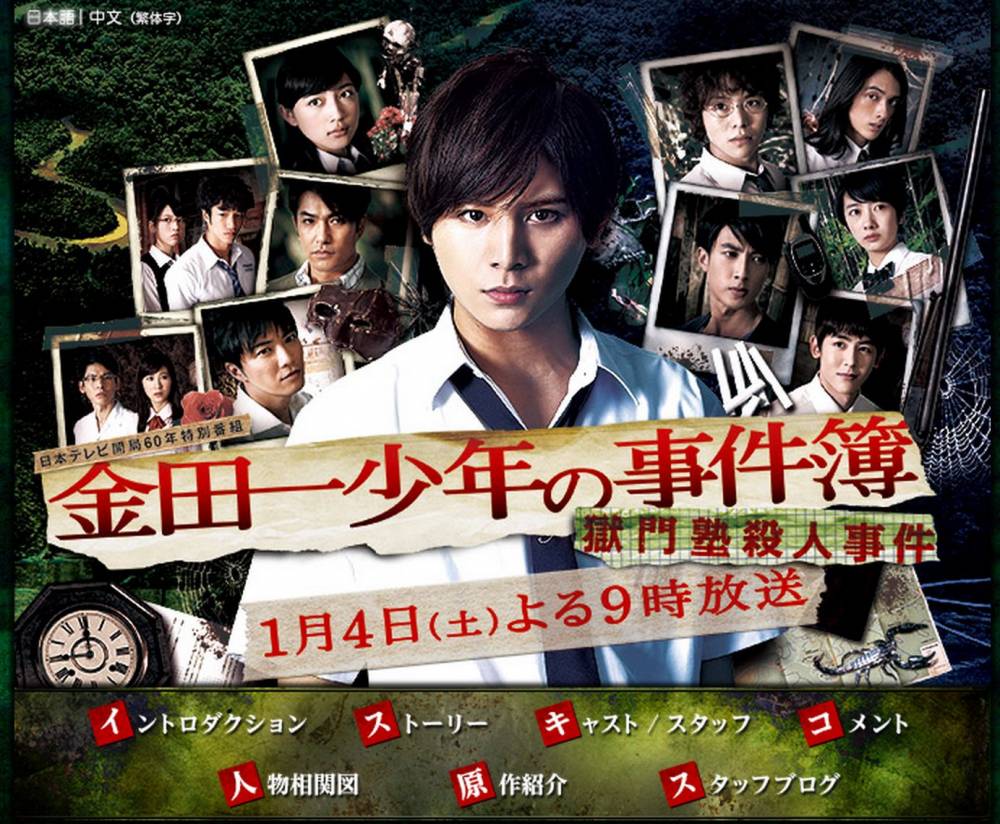 It was revealed that Hey! Say! JUMP member Yamada Ryosuke will be starring in NTV's new drama "Kindaichi Shonen no Jikenbo N (neo)".
This will mark the first time in 13 years for the "Kindaichi" series to get a serial drama since it was last aired in 2001 starring Arashi's Matsumoto Jun.

The drama is based on the popular ongoing manga (written by Amagi Seimaru and illustrated by Sato Fumiya) that has been serialized in "Weekly Shonen Magazine". The manga was first adapted into a live-action drama in 1995 starring KinKi Kids' Domoto Tsuyoshi. Since then the protagonist "Kindaichi Hajime" has been played by Arashi's Matsumoto, KAT-TUN's Kamenashi Kazuya, and Yamada is the 4th one to play the role.

Kawaguchi Haruna (as the heroine "Nanase Miyuki") and fellow Hey! Say! JUMP member Arioka Daiki (as "Saki Ryuji") who also appeared in the special dramas, will co-star with Yamada again in the serial drama.

It was also revealed that Yamaguchi Tomomitsu will play the "detective Kenmochi."