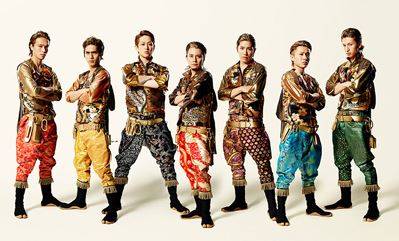 Kanjani8 have revealed that they will hold their live event 'Jussai' at Ajinomoto Stadium (Tokyo) and Yanmar Stadium Nagai (Osaka) in August.

This live event will be held to commemorate the group's 10 year CD debut anniversary. They are scheduled to hold 2-day lives at both venues. Back in August 2012, the group held their 8 year debut anniversary event 'Hassai ~Bokura mo Hacchai, Hachhake Matsuri~'.

On a side note, Kanjani8 will be the main personality for NTV's '24-Hour TV 37 ~Chiisana Kiseki, Ookina Kiseki~' which will broadcast on August 30 and 31.