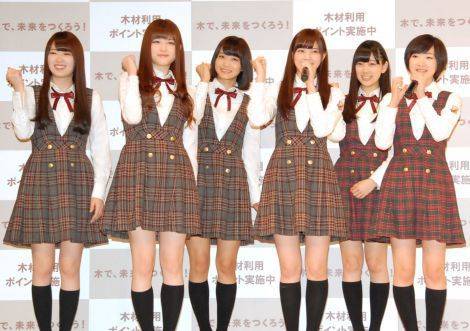 Nogizaka46 has announced on their website that their nationwide handshake event will be changed to a "talking event".

Everything will be kept the same as before and fans will be able to converse with the members. However, they will not be allowed to shake hands with the members anymore.

Nogizaka46 was set to go on a nationwide mini concert and handshake event with fans who purchase the first press limited edition of their new single "Natsu no Free & Easy" (to go on sale on July 9). However, due to the AKB48 attack incident, the handshake event has been changed to a talking event.

AKB48 groups have two types of handshake events - nationwide and individual. Since the attack incident had occurred on the nationwide leg, new policies will be in place for these events.

Nogizaka46 had their individual handshake event on June 21. On top of increased security, metal detectors and bag checks, the members are also now put behind a barrier over which they would reach out to shake hands with the fans.

The organizers commented on the event change, "We are sorry to disappoint those who were looking forward to shaking hands with the members. We hope you will understand. Furthermore, even though the tickets in the CD says "handshake", the "handshake" is now considered a "talking" event.