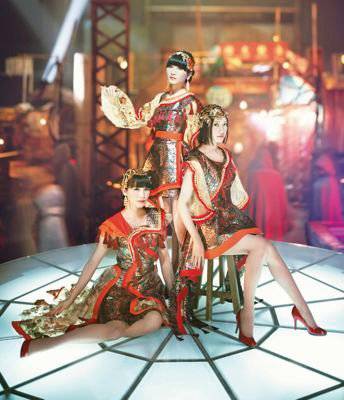 It has been announced that Perfume will hold their overseas tour "Perfume WORLD TOUR 3rd" this October to November.

This marks their 3rd overseas tour after their Asia tour in 2012 and the Europe tour in 2013. The girls will make stops in Taiwan, Singapore, Los Angeles (U.S), London (UK), New York (U.S), and this will be the very first time for Perfume to hold a one-man live in the U.S.

In addition, it was also announced that there will be a live concert in Korea on October 12, which Perfume and Maximum the Hormone will hold together. Originally, this live was planned to be held as the tour final of "Perfume FES!! 2014" at UNIQLO-AX on April 20, however, it was canceled due to the ferry tragedy in the country.

Prior to the world tour, Perfume will also hold their nation-wide arena tour "Perfume 5th Tour 2014 'Gurun Gurun'" (7 locations, 14 shows in total) during August to September.

Check out the schedule for "Perfume WORLD TOUR 3rd" below, and their special website (here) as well!