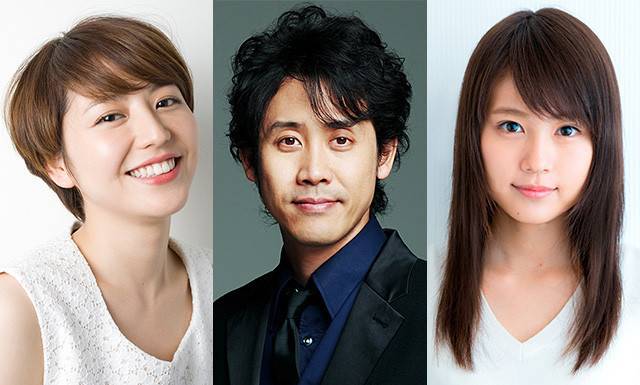 It was announced that Hanazawa Kengo's best-selling Zombie manga "I Am a Hero" will be getting a live-action film adaptation starring popular actor Oizumi Yo. The film will be directed by Sato Shinsuke, and Arimura Kasumi and Nagasawa Masami are cast as Oizumi's co-stars.

"I Am a Hero" is an ongoing manga on Big Comic Spirits that won the Shogakukan Manga Award (general category) in 2012. It is set in present Japan where people are infected with a mysterious virus and become "ZQN" (this is how Zombies are referred to in the manga).

The protagonist "Suzuki Hideo" (Oizumi) is an unpopular, unattractive man, working as an assistant for a manga artist. One day, his normal life starts collapsing as Japan is thrown into panic with people infected with the mysterious virus attacking other people. Those who get bitten by ZQN also turn into one of them, and unfortunately, Hideo's girlfriend Tetsuko also becomes ZQN.

With a shotgun he owns because of his hobby, Hideo escapes from the Metropolitan area which is now full of ZQN.

Arimura's role will be the heroine "Hiromi", a high school girl who happens to meet Hideo and joins him. While escaping with Hideo, Hiromi gets bitten by a baby ZQN, and it makes Hiromi into a "half-ZQN" that does not hurt other people.

Nagasawa will play "Yabu", a strong-minded nurse whom Hideo and Hiromi encounter at a shopping mall. With her bold action, she tries to confront the ZQN.

Reportedly, a large-scale filming will be held at a ruined outlet mall in Korea, and there will be some heroic car actions.

The filming is said to begin in early June and finish in August.