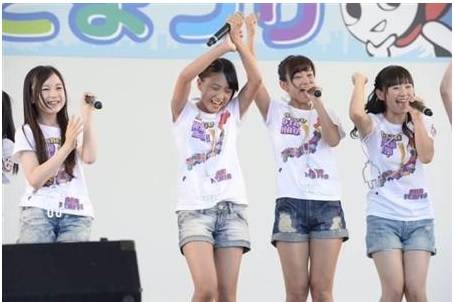 On July 21, it was announced that AKB48's Team 8, which is comprised of members hailing from all 47 prefectures of Japan, will record their first original track entitled "47 no Suteki na Machi e." The track is for their upcoming 37th single "Kokoro no Placard," which is set to be released on August 27.

Each of the members will sing their home-prefecture name in the interlude of the track. Hyogo-born member Yamada Nanami (15) stated, "I would like to travel to many places so that many people can hear the song."