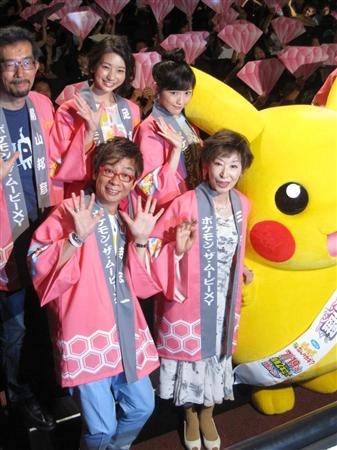 AKB48's Watanabe Mayu (20) attended the stage greeting for the opening day of the newest Pokemon movie "Pokemon the Movie: Diancie and the Cocoon of Destruction" directed by Yuyama Kunihiko on July 19.

The idol took on narration for the first time in the short film "Pikachu, Kore Nanno Kagi?" which was released on a bill with the movie.

Commenting on the keyword 'mega-evolution' with regards to Pokemon, Mayuyu said, "Recently I have had a mega-evolution because I am able to participate in a large variety of works. However, I am still inexperienced, so I want to eventually evolve to become 'Mega-Mayuyu'".