Arashi's movie 'PIKA???NCHI' to be shown in four additional cities 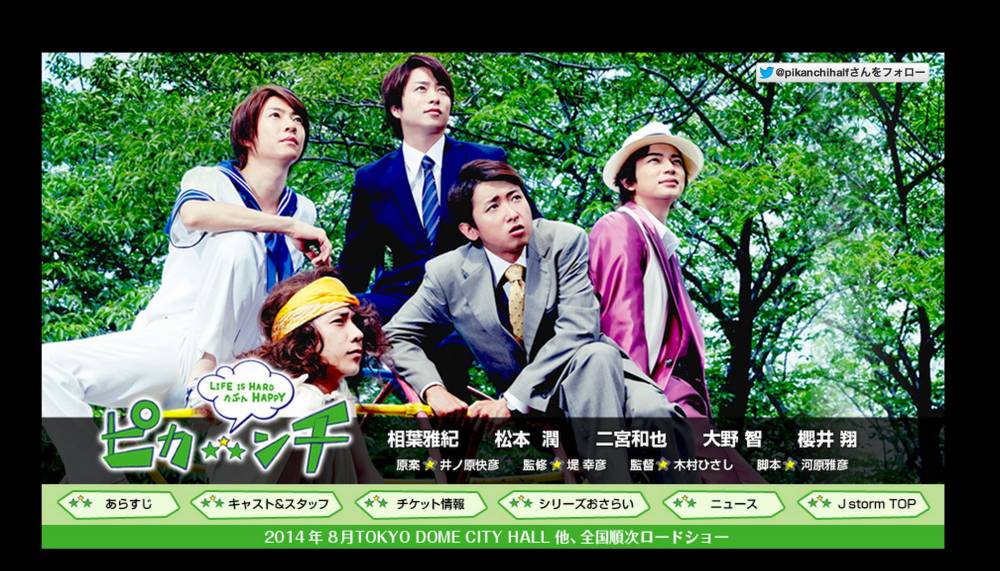 It has been announced that Arashi's upcoming movie "PIKA???NCHI" (Pikanchi Half) Life Is Hard Tabun Happy" (directed by Kimura Hisashi, to be released on August 1) will be released in 4 additional cities outside Tokyo.

The movie was originally meant to be only shown in 1 hall at the Tokyo Dome City Hall for 1 month. However, the total 250,000 tickets were sold out within one day after sales launched on July 13 and the tickets became as hard to obtain as their live concert tickets. When the tickets first went on sale, ticket sites such as Lawson's online system experienced server delays. Even though it is only a movie screening and fans will not get to meet the members, the tickets still sold out by the next day.

To meet with the fans demand, the movie will now also be screened in Sapporo, Nagoya, Osaka, and Fukuoka. Including Tokyo, a total of 363,000 tickets will now be available to fans. Arashi's leader Ohno Satoshi (33) commented, "I hope that people outside Tokyo will also be able to enjoy a piece of Arashi's history in 'Pikanchi'."