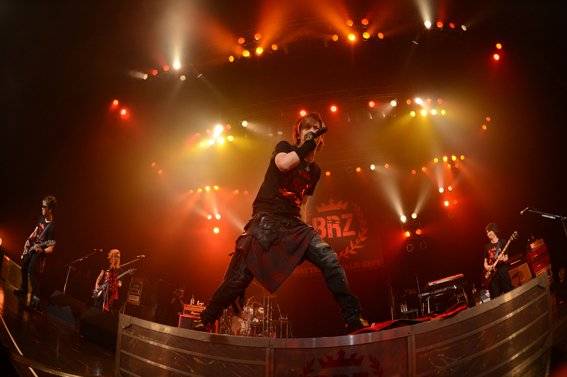 This was announced on July 26 during the live event 'BATTLE ROYALE ZEPP 2014~Dai 1kkai BREAKERZ Solo Houkokukai~' at Zepp Tokyo. On this day, BREAKERZ members DAIGO (Vo), AKIHIDE (G), and SHINPEI (G) each took the stage with their solo units. At the end, they got together and performed 3 songs such as "Shakunetsu".

During the MC, DAIGO talked about BREAKERZ's 7th anniversary since their debut. He started, "Maybe we'll have a live as BREAKERZ," and announced the band's first countdown live, "The place is Pacifico Yokohama! The date is December 31, 2014!"