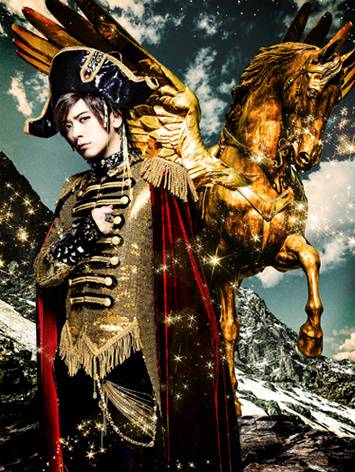 It's been revealed that DAIGO will release his new single titled "CHANGE!! / Shinpaishou na Kanojo" on September 10.

This will mark DAIGO's first single since releasing "BUTTERFLY / Ima Aitakute..." about 9 months ago. His upcoming double A-side single will consist of the rock tune "CHANGE!!" and "Shinpaishou na Kanojo" which is said to resemble J-pop from the 90's. Arranged by SHINPEI (BREAKERZ), "CHANGE!!" is the official song for the game 'Card Fight!! Vanguard' and will be used as the theme song for its film-adaptation 'Gekijouban Card Fight!! Vanguard: 3tsu no Game'.