E-girls to release a new single for 3 consecutive months 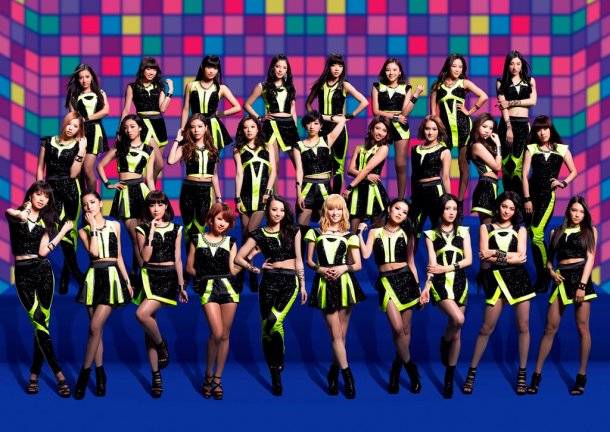 It's been revealed that E-girls will release a new single for 3 consecutive months. They will release "E.G. Anthem -WE ARE VENUS-" on July 9, "Odoru Ponpokorin" on August 13, and "Highschool ? love" on September 10.

The first single "E.G. Anthem -WE ARE VENUS-" is the theme song for their summer arena tour 'COLORFUL LAND'. It's described as a song that introduces E-girls as the lyrics include "Dream", "Happiness", and "Flower".

The second single "Odoru Ponpokorin" is currently being used as the opening theme for Fuji TV's anime 'Chibi Maruko-chan'. There will be a collaboration event called 'Chibi Maruko-chan×E-girls Minna de Odorou! Pihyara Senshuken Special Stage' on August 23 at 'Odaiba Shintairiku'.

Finally, "Highschool ? love" has been picked up as the theme song for Fuji TV's upcoming drama 'GTO', which will premiere on July 8.