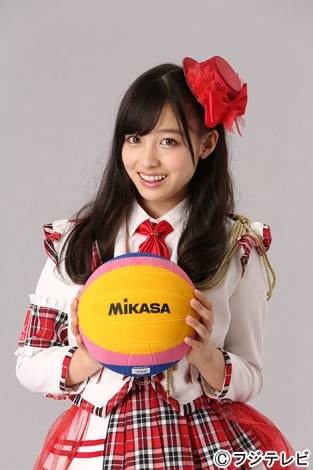 Hashimoto Kanna (15) from Fukuoka-based idol group Rev.from DVL has been cast as herself in Fuji TV's upcoming drama "Suikyuu Yankees", which is set to begin on July 12.

Although Hashimoto has made an appearance in Koreeda Hirokazu's movie "Kiseki" in 2011, this is her first time on a nationally broadcast drama. She commented, "I will do my best to play my part. I also want to learn a lot from being on set."

The drama is a youth comedy featuring a group of "yankee" delinquent high school students who play water polo. In the lead is Hey!Say!JUMP's Nakajima Yuto (20). Hashimoto will play herself, a popular talent idolized by the characters known as the "Three Idiots" in the drama played by Chiba Yudai (25), Nakagawa Taishi (16), and Yoshizawa Ryo (20).

Producer Fujino Ryota explained why Hashimoto was selected, "Even in this 'Warrior Era of Idols', she has an overwhelming presence and transparency that rose above the rest," and further expressed his hopes for the idol, "I am sure she will become a crucial part of the drama to both the story and the characters."