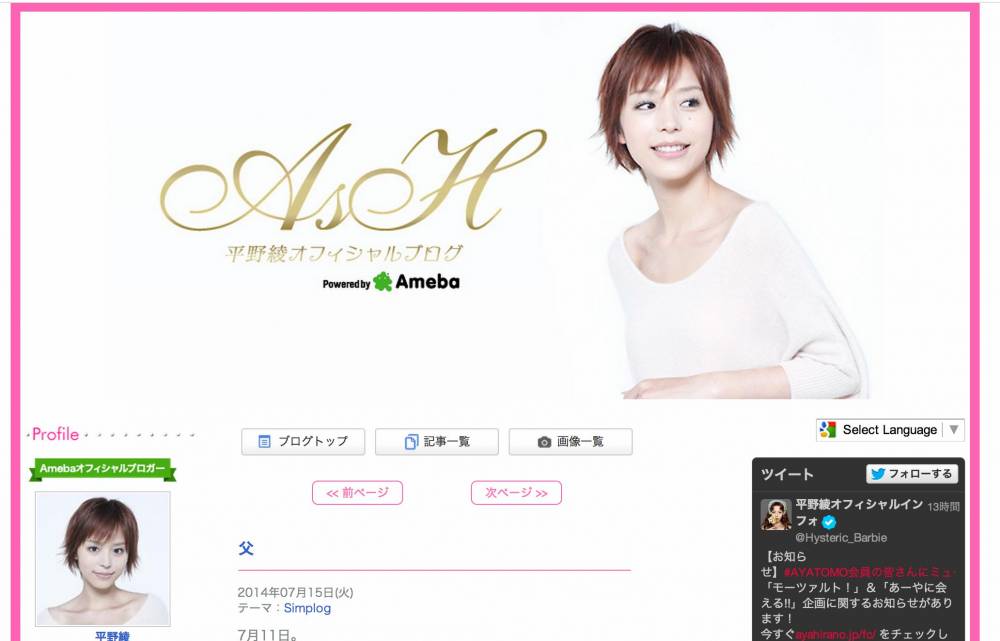 Voice actress and singer Hirano Aya (26) revealed on her own blog that her father (56) had passed away on July 11 from cancer.

She stated on her blog that her father was diagnosed with end-stage cancer at the end of year before last, and received surgery. After that, he also underwent chemotherapy, and went in and out of the hospital for treatments. His vigil was held on the 14th and funeral on the 15th of July.

Our condolences are with her and her family.