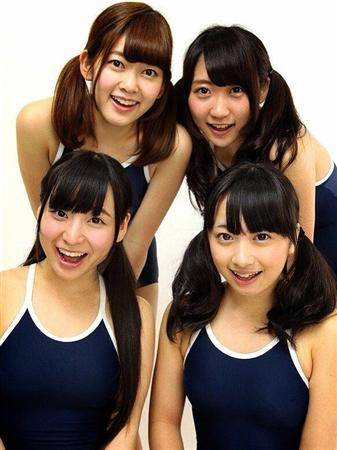 Japan's entertainment industry has entered what is called the "Idol Warrior Era" with idol groups saturating the market.

On top of idol groups that have made their major debut, there are also many groups known as "underground idols" who focus on live performances instead of making media appearances. The magazine "LIVE Idol Collection" by Gum Publishing will exclusively cover these underground idols. The inaugural issue, to be released on July 19, will feature a "Swimsuit Collection" where 28 popular groups from a pool of over 1000 groups will be featured in swimsuit. CANDY GO! GO!, one of the most popular groups, will also appear in the magazine.

On top of that, there will also be a popularity voting, and the winner of the voting will be featured on the cover of the next issue as well as be given the opportunity to hold a special live. The magazine also plans to hold a commemorative event from July 26 to August 2 at Tokyo Toyosu's Magic Beach.