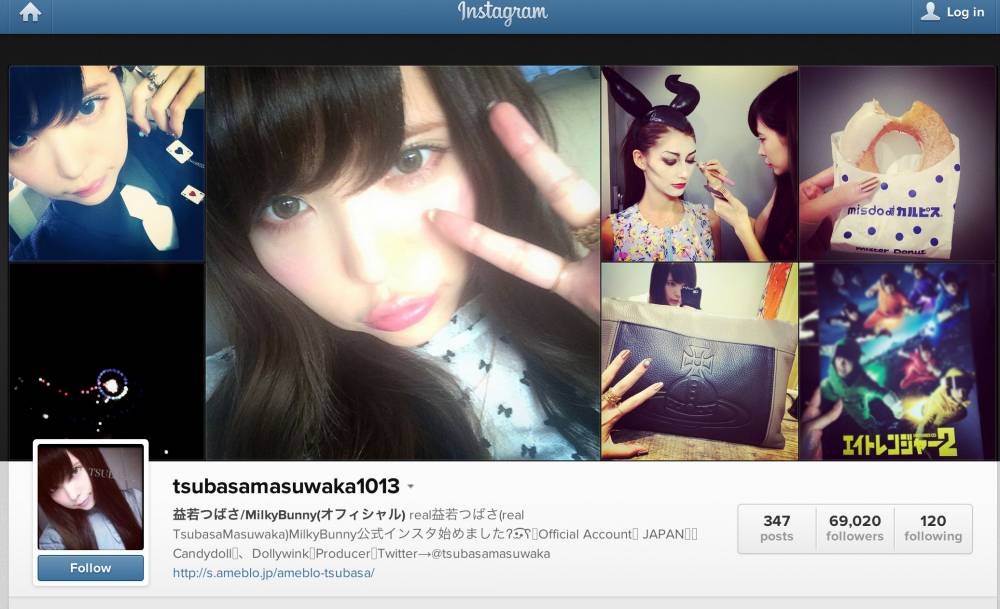 Model and talent Masuwaka Tsubasa (28) caused a big debate on the internet when she updated a video on her Instagram in which fans claimed to have heard the voice of Johnny's idol group NEWS member Tegoshi Yuya (26).

The video in question was taken when Masuwaka and her friends went to see the fireworks. The image itself was just of the fireworks, but the audio contained the voices of many people out of which fans have identified one as that of Tegoshi's. Fans flooded Masuwaka's Twitter with comments such as: "I am a fan, so I am very sure that is Tegoshi-kun's voice. You are not stupid enough to upload a video without checking the audio, are you? Thanks to you Tegoshi has lost tons of precious fans," and "Isn't that Instagram terrible? You are making many fans feel unpleasant. Even if you are the aggressive Tsu-chan (Masuwaka), you should still be more considerate."

In response, Masuwaka tweeted, "Hold on a second. I am not 'aggressive'. What is going on here. All I did was watch fireworks with friends and family." The two have been reported to be dating, so worried Tegoshi fans were quick to jump to conclusions. However, Masuwaka denied everything, "The rumors were not even true. Please be rest assured I have never dated and am not dating him. If the love rumors in magazines and on the internet are all true, then my love life will be very fulfilling. It's okay if you call me promiscuous, but I really dislike gossip that drag in unrelated parties."