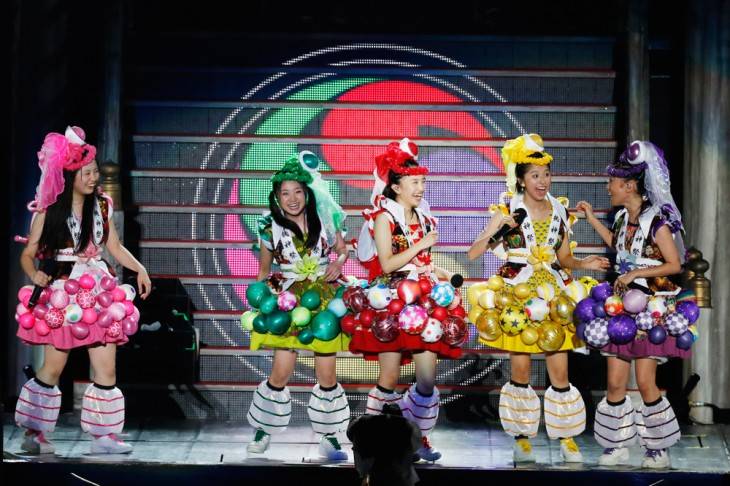 It's been revealed that Momoiro Clover Z will be holding their annual Christmas live 'Momoiro Christmas' on December 24 and 25 at Saitama Super Arena.

This was announced on July 27 during the group's live 'Momoclo Natsu no Bakasawagi 2014 Nissan Stadium Taikai ~Tojinsai~' at Nissan Stadium. During the MC, Matsuzaki Shigeru suddenly appeared on stage and sang the announcement aloud to the melody of his song "Ai no Memory", "This Christmas, December 24 and 25, 2 days. The place is Momoclo's sanctuary. Saitama Super Arena! Stadium mode!"

It was also announced that Momoclo's upcoming live 'Chibikko Matsuri 2014' on October 18 will be held at Kumamoto B.9. Furthermore, the group will hold a women-only live called 'Onna Matsuri 2014' on November 24 at Osaka-jo Hall.