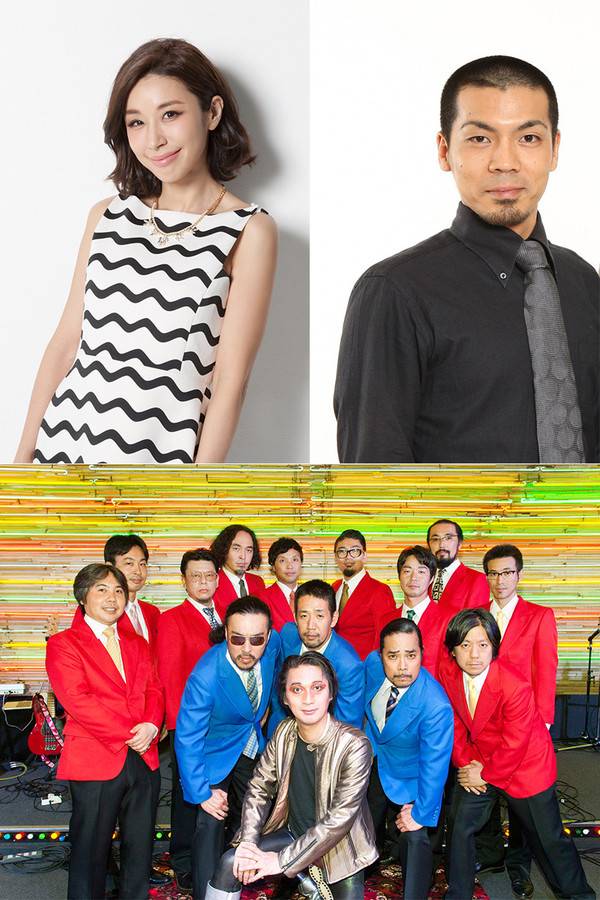 Idol group Kanjani8 member Shibutani Subaru will play his first lead role in the movie "Misono Universe" with actress Nikaido Fumi as the heroine. It was recently announced that the band Akainu, talent Suzuki Sarina, and comedian Kawahara Katsumi from the duo Tenjiku Nezumi are joining as additional cast members for the movie.

The movie is set in Osaka. Shibutani will play "Pochio", a young man who has lost all of his memories except for how to sing. He meets Kasumi (Nikaido), manager of the band Akainu, and decides to face his past and regain himself. Yamashita Nobuhiro of "Kueki Ressha" and "Tamako in the Moratorium" fame will direct the movie.

Akainu is a 14-member band whose members all graduated from the same school as Director Yamashita, the Osaka University of Arts. They will play themselves in the movie, but Shibutani will join them as a vocalist. Their combined live performance will be one of the main drawing points of the movie.

Talent Suzuki will appear in a movie for the first time in 9 years and play the flamboyant and sexy female doctor Makiko who first diagnoses Pochio with memory loss. Meanwhile, comedian Kawahara who will act for the second time in a movie, plays Takuya, a cunning man that has something to do with Pochio's past.

Misono Universe will open in February 2015 at TOHO Theaters Roppongi Hills and other cinemas nationwide.