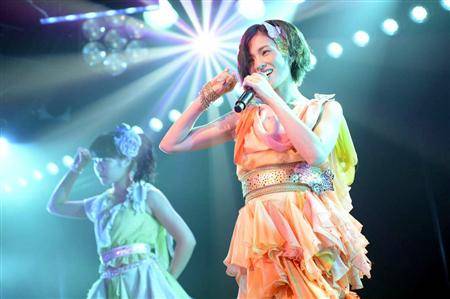 Tsukamoto Mariko, the winner of "Otona AKB48 Audition", turned 38 on July 16, and celebrated with her theater debut during the Team 4 performance "Idol no Yoake" held at AKB48's theater in Tokyo's Akihabara.

Tsukamoto, nicknamed "Mariri", introduced herself with the catchphrase, "Maririri, Maririri, the Pager of Lover is ringing!", and performed 12 out of the 16 songs that day, even shedding tears during the last song, "Arigatou". 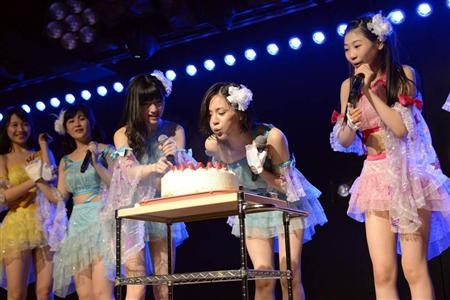 During her birthday celebration, she also received a handwritten letter from her proclaimed favorite member Watanabe Mayu (20). She commented, "This is an unforgettable 38th birthday. I want to practice more and perform more."

Unfortunately, with the release of the latest AKB48 Papico CM (to begin airing on July 21), Tsukamoto has announced her graduation from the group. Her "graduation" will be on August 31, when Papico's campaign ends.